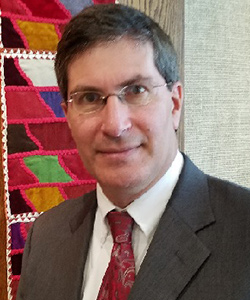 Rabbi Arthur Weiner arrived in Paramus in August of 1996 to serve as our Rabbi.  Ordained at the Jewish Theological Seminary of America in 1989, he served as the Rabbi of the Heska Amuna Synagogue in Knoxville Tennessee for seven years before relocating to Bergen County. While in Knoxville, he was honored by the Council of Jewish Federations and the Southeast Region of the United Synagogue of Conservative Judaism for his efforts on behalf of the Jewish community.

Rabbi Weiner is also a former Chaplain in the United States Naval Reserve.

In addition to his many synagogue responsibilities, Rabbi Weiner is a past officer of the New Jersey Rabbinical Assembly, the North Jersey Board of Rabbis, and is currently a member of the Jewish Community Relations Council of the Jewish Federation of Northern New Jersey.  He is also the former Chairman of the Bergen County Jewish Learning Project.  Rabbi Weiner is a certified Mesader Gittin, (certified Jewish divorce specialist), one of only 36 Rabbis throughout the Conservative movement authorized to facilitate Jewish divorce by the Joint Bet Din of the Rabbinical Assembly.

Rabbi Weiner has been honored by our synagogue, the Israel Bonds Development Corporation, the State of Israel, and the Borough of Paramus, NJ for his outstanding work on behalf of the synagogue, and local community.

Rabbi Weiner has taught us, “Do not separate yourself from the community. (Pirkei Avot 2:4)  Almost 2000 years ago our sages taught this important lesson to our ancestors. Participation in the life of the Synagogue and involvement in the Jewish community is essential because no one can be Jewish all alone. Ours is a tradition that has always taught that we find G-d in the context of a strong supportive community. We offer a tremendous array of opportunities precisely because we want to encourage participation in the life of our community. We know that one approach does not suit everyone. We believe strongly in our philosophy of welcoming Jews of all backgrounds to our congregation, while remaining devoted to the principles of authentic Conservative Judaism.

Rabbi Weiner is married to Dr. Shira Weiner, a professor of Biomechanics and Ergonomics at New York University, and a professor of Physical Therapy at Touro College in NYC.  They are the proud parents of Sam, daughter-in-law Marianna and their daughters Rina and Adira; Danit and son-in-law Josh and their daughter, Ava; and Aviva, and son-in-law Pinchas. 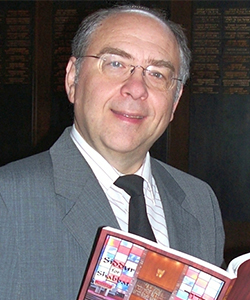 Our Jewish Community Center of Paramus / Congregation Beth Tikvah calendar is always brimming with social, recreational, educational and communal activity.  But of course, we are first and foremost a synagogue—a place of prayer and inspiration.  My mission is to help young and old to pray and be inspired. I am proud to continue serving a congregation that values the traditional liturgy and Torah Reading, from the daily Minyan to the High Holidays.

Sitting in silent reverence can be a moving experience; getting absorbed in the meaning of a prayer can be enlightening; and we can be stirred by listening to beautiful music; but singing the traditional prayers with our fellow congregants combines and strengthens all of these feelings.   As the old adage says, “Those who sing pray twice.”

Some of us enjoy taking prayer and inspiration to an even higher level by leading the congregation in services.  It is my pleasure to encourage and facilitate this as well, just as it is to help anyone with a particular prayer, line, word, or melody.  Don’t be shy…  Just ask! 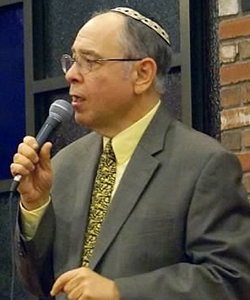 The singing of our Hebrew School students enriches our Shabbat and Holiday celebrations.  With the benefit of a curriculum that emphasizes Hebrew reading competence as well as familiarity with the prayers, the boys and girls eagerly look forward to becoming B’nai Mitzvah students to participate in the Services as much as they can. It is a special joy for me to improve their skills and watch their self-confidence grow as they prepare for their special day.

I invite you to join in the sounds of the Jewish experience, from the joyous tunes of our Friday Night services to the strains of Lamentations on Tishah B’av, and everything in between. 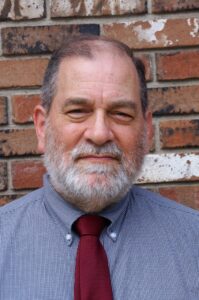 Rabbi Avram Kogen regularly spends Shabbat in Paramus, serving as Torah reader at the JCCP/CBT since 2010.  Prior to his ordination at The Jewish Theological Seminary of America, he earned a bachelor’s and a master’s degree there.  He also holds a B.A. from Columbia University and an M.A. from its affiliate, Teachers College.  He spent one of his undergraduate years as an overseas student at The Hebrew University of Jerusalem.

Since 1990, Rabbi Kogen has worked in the field

of insurance and financial consulting, where he has earned the industry designations of Chartered Life Underwriter (CLU) and Chartered Financial Consultant (ChFC).  Concurrently, he has pursued a variety of Judaic projects.  Besides his involvement at the JCCP/CBT, he taught workshops for the New Jersey region of the United Synagogue of Conservative Judaism, and he taught for five years at the Bergen County High School of Jewish Studies.  JCCP/CBT members with long memories might remember that Rabbi Kogen also served here as the tutor for Bar- and Bat-Mitzvah students in the year before Cantor Weiss joined our community.

Rabbi Kogen, who grew up on the Upper West Side of New York City, is the proud father of three children who were active members of USY and who continue their involvement in the Jewish community as young adults.

Rabbi Kogen worked for many summers at the Ramah camps, in roles as diverse as counselor, librarian, division head, program director, and business manager.  During the school year, he taught at synagogue and community religious schools, and later at day schools within the Solomon Schechter network.

In the 1980s, Rabbi Kogen worked as a congregational rabbi in Conservative synagogues in

Pensacola, Florida and in York, Pennsylvania.  He is particularly proud of his Adult Education work, as well as his participation in community initiatives such as Pensacola’s Interfaith Council and the Pennsylvania Jewish Coalition.

Rabbi Kogen enjoys his involvement at the JCCP/CBT, warming to the challenge of preparing and chanting each week’s Torah portion in accurate Hebrew.  He values the friendships that he has made here at the Kiddush luncheons and in other informal settings.  He also embraces the opportunity to explore advanced topics in Judaism with those who wish to dig beneath the surface and to grow in their Jewish knowledge and practice. 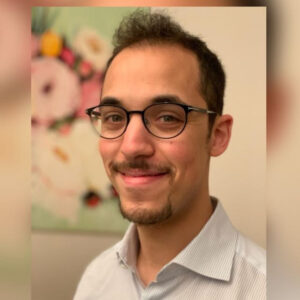 Samuel “Sami” Vingron is a fourth-year rabbinical student at Jewish Theological Seminary of America with a major in Jewish Thought. He was raised in Berlin and completed a BA in Jewish Studies and History in Germany at the Institute for Jewish Studies Heidelberg at the Ruprecht-Karls-University of Heidelberg. Sami also studied at the Rothberg International School at the Hebrew University in Jerusalem before coming to New York.

He has served synagogues and worked for Jewish communities in Germany and Israel, and is already enjoying his involvement at the JCCP/CBT. Sami jumped right in and participates in our Shabbat and holiday services, teaches through our Adult Education program and led children’s services during the High Holidays.  He is also a teacher in our joint Hebrew school with FLJC/CBI, the Community Hebrew School of Bergen County.

The most beautiful aspect of being Jewish for Sami is “that one is able to connect with Jewish communities no matter where one finds oneself in the world” Sami also enjoys listening to music, playing drums and writing poems.